Breakthrough in food security with Dutch knowledge of saline agriculture

Dutch scientists have found a method for growing certain crops on salinized, non-arable farmland. This is truly an innovation, since food production on salinized soil has always been considered impossible. It was discovered that specific varieties of potatoes, carrots, red onions, white cabbage and broccoli actually thrive when irrigated in a special way, with salt water at the roots. 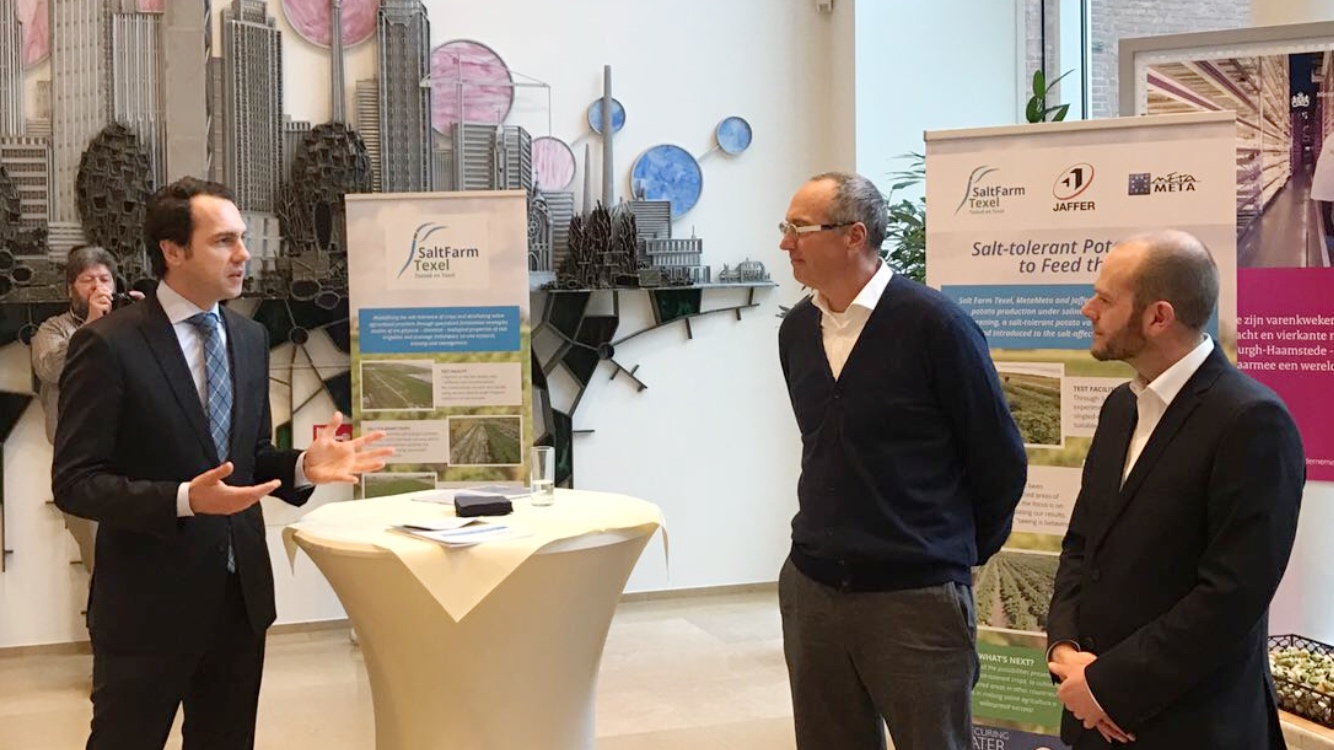 With these cultivation methods and the use of specific crops huge areas of salinized soil become available for growing food, all around the world: an important breakthrough in food security. Today the results of the study, that was commissioned by State Secretary Van Dam (Economic Affairs) and carried out by public and private institutes, are made available to Dutch parliament.

State Secretary Van Dam: “Worldwide around one billion hectares of farmland are considered non-arable due to salinization. With our knowledge and our selection of crops this farmland can be used again to produce food. This development offers export opportunities for the Dutch agricultural sector, but is above all a major breakthrough when it comes to global food supply.

In 2016 van Dam granted 200.000 euros to carry out this research and to apply the cultivation techniques in Pakistan, Bangladesh and Ghana. In these countries, the use of saline soil for food production is starting up again. Today, the State Secretary announced that another 400.000 euros are available to set up a knowledge institute, in order to share this exceptional Dutch cultivation knowledge worldwide. For example, the extra funding facilitates research in Egypt and Columbia to determine whether saline, otherwise non-arable land can be used again for food production.

Salinization is a worldwide problem, affecting approximately one billion hectares of farmland. In the Netherlands, around 125.000 hectares will be salinized in 2030, due to rising sea levels, land subsidence and dry summers, which cause a shortage of fresh water. As a result, salinity increases and farmland is rendered useless. Worldwide attempts have been made to halt this threat to food production, for instance by crop improvement and desalinizing land. So far, these attempts have been unsuccessful.

In 2016 the Department of Economic Affairs commissioned a study into salt tolerant crops and the right irrigation methods. This research project has resulted in the amazing discovery that certain crops actually tolerate salt water, if the right irrigation method is applied: by watering the roots, instead of spraying the leaves. All research data is now combined in the survey “Crop salt tolerance” by a consortium of Salt Farm Texel, Leiden University, Wageningen University & Research, VU University Amsterdam and The Wadden Academy.